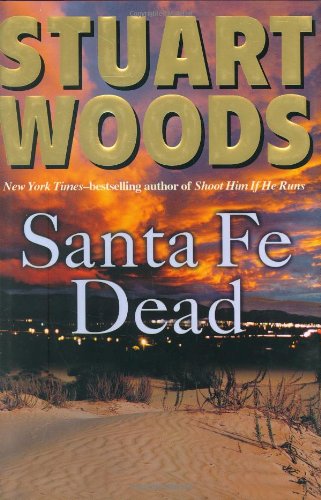 Bestseller Woods's third thriller to feature prominent New Mexican attorney Ed Eagle (after and ) opens with a bang, but soon devolves into a fairly predictable cat-and-mouse game. Ed and his girlfriend, actress Susannah Wilde, are watching the Los Angeles trial on Court TV of his villainous ex-wife, Barbara, who stands accused of arranging for his murder, when a reporter announces that Barbara has escaped from custody just before the not guilty verdict. Soon, suitably disguised and under an alias, Barbara contrives to meet a recent widower, Palo Alto billionaire Walter Keeler, at a luxury spa and has him proposing marriage and making a new will in her favor. Meanwhile, her hatred for her ex unquenched, Barbara schemes to have Ed and Susannah killed. Bodies, innocent and otherwise, pile up, but there's little suspense about the outcome, and an improbable coincidence involving the billionaire may strike some as a plot weakness.