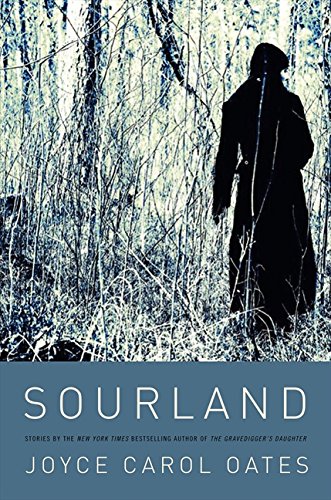 Oates's latest collection explores certain favorite Oatesian themes, primary among them violence, loss, and privilege. Three of the stories feature white, upper-class, educated widows whose sheltered married lives have left them unprepared for life alone. In "Pumpkin-Head" and "Sourland," the widows—Hadley in the first story, Sophie in the second—encounter a class of Oatesian male: predatory, needy lurkers just out of prosperity's reach. In the first story, our lurker is Anton Kruppe, a Central European immigrant and vague acquaintance of Hadley whose frustrations boil over in a disastrous way. In the second story, Sophie is contacted by Jeremiah, an old friend of her late husband, and eventually visits him in middle-of-nowhere northern Minnesota, where she discovers, too late, his true intentions. The third widow story, "Probate," concerns Adrienne Myer's surreal visit to the courthouse to register her late husband's will, but Oates has other plans for Adrienne, who is soon lost in a warped bureaucratic funhouse worthy of Kafka. Oates's fiction has the curious, morbid draw of a flaming car wreck. It's a testament to Oates's talent that she can nearly always force the reader to look. (Sept.)
close
Details