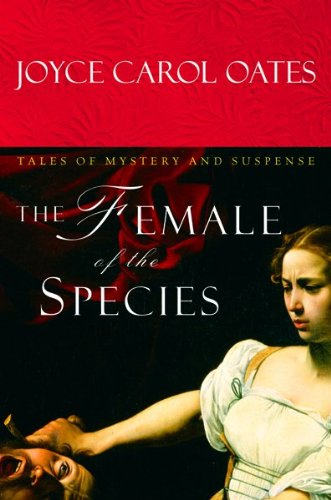 The Female of the Species: Tales of Mystery and Suspense

As evidenced in this collection of nine stories, Oates's imagination is still fertile, feverish and macabre. These females are killers, either by their own hands or through manipulation. To be sure, they have provocation: abandonment, betrayal, abuse, the loss of reason to passion or obsession. In "Hunger," the longest and best of the stories, a rich but neglected corporate wife succumbs to a sexual obsession that ends in murder. Suspenseful and -like, "Doll: A Romance of the Mississippi," seduces with its lurid concept of a young prostitute who is pimped by her father and degenerates into a homicidal psychopath. Another father tries futilely to protect his frantic daughter from her cruel husband in the haunting "So Help Me God." It seems unlikely, however, that the six-year-old girl in "The Banshee" would be able to recognize the hors d'oeuvres at her mother's party as "Russian caviar [and]... smoked salmon on Swedish crackers," and such details undermine plausibility. Set against the familiar territory of upstate New York towns, but also Manhattan's Park Avenue, rich enclaves on Cape Cod and a hospital ward, these are powerful stories, but best read in small doses.