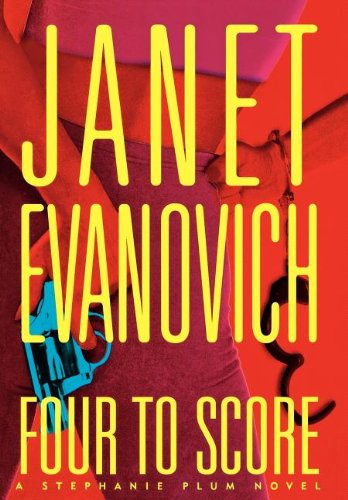 Half-Hungarian, half-Italian and all-Jersey, Trenton's best-known bounty hunter, Stephanie Plum, is a raucous delight in this fast-paced sequel to Three to Get Deadly (1997). There's no such thing as a simple assignment for Stephanie. When Maxine Nowicki, charged with stealing her boyfriend's car, skips her court appearance, she's fair game to be hauled in--no big challenge, thinks Stephanie. Wrong. Before the case is over, Stephanie will invade an Atlantic City casino with her intrepid allies: sneaker-shod Grandma Mazur; her colleague Lula, ""a two-hundred pound black woman with blond baloney curls all dressed up like Cher on a bad day""; and Sally, a seven-foot transvestite rock singer. Although Stephanie is the bounty hunter, she's the only one of the quartet who isn't armed. She also loses another car and her apartment, moves in with handsome cop and longtime love interest, Joe Morelli (causing a stir in his family and hers), has several memorable run-ins with arch rival Joyce Barnhardt, discovers a corpse and, finally, catches her quarry. With her brash exterior and high emotionality, Stephanie Plum is a welcome antidote to suave professional PIs. The supporting cast members, eccentric and recognizable, are as entertaining as those devised by Westlake and Leonard. Major ad/promo; author tour. (June)
close
Details