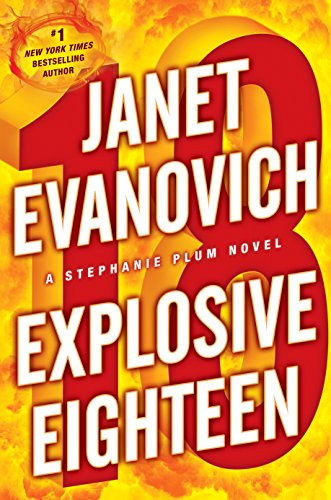 Life is never dull for Stephanie Plum, but now she's got an assassin and the FBI on her tail in Evanovich's less than stellar 18th entry in her main sequence featuring the New Jersey bounty hunter (after Smokin' Seventeen). Back in Trenton after a disastrous trip to Hawaii that involved both Ranger and Joe Morelli (don't ask, she won't talk), Stephanie tries to go about life in the bond business, accompanied as always by her sidekick, Lula. But Hawaii won't stay buried, especially when news that her seatmate turned up murdered and his killers are convinced that Stephanie now has a photograph he was carrying. With Stephanie's luck, the photograph did end up in her luggage, but she threw it away, thinking it was junk. But try telling that to the FBI—and the shady men masquerading agents—or the hit man who goes by Razzle Dazzle and wants to kill her and take the photograph, not necessarily in that order. There are still bond jumpers to catch—like Buggy, who repeatedly steals Stephanie's car—and the perpetual Morelli versus Ranger question to answer. In the end, there's little to distinguish this installment from its recent predecessors. (Nov.)
close
Details