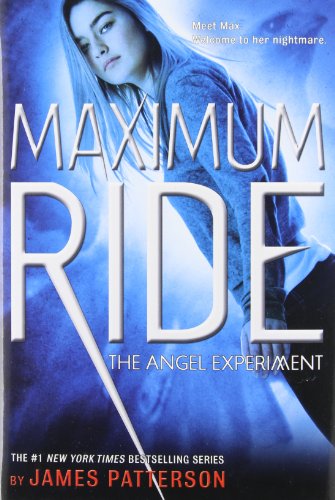 Thriller writer Patterson takes characters that first appeared in his adult novels and its sequel, , and places them in an overblown, nearly incomprehensible story pitched at young adults. Max (aka Maximum Ride), the 14-year-old girl from both of the aforementioned novels, leads a band of mutant orphans hiding from the sinister scientists at "the School," who grafted avian DNA onto their genes, giving them wings (plot points established in ). When the School's henchmen—"Erasers," "half-men, half-wolves" (one of whom is their rescuer Jeb's seven-year-old son)—kidnap six-year-old Angel, the youngest member of "the flock," Max and company will stop at nothing to rescue her. Well, nothing except to aid a stranger, bond with some real birds, eat lunch and take lengthy naps. The often violent hunt-and-chase plot resembles that of a Saturday morning superhero cartoon. The point of view shifts jerkily before settling into Max's first-person narration, which is self-deprecating but never sounds like a real teen's voice, and the novel is strewn with mutations of nouns-turned-adjectives ("tunnel-visiony," "antisepticky," even "Robin Hoodsy"). Loose ends abound but presumably the sequel, scheduled for 2006, will reveal the identity of the evil "whitecoats" and their motives as well as who owns the Voice speaking inside Max's head. The Patterson name will attract readers; but his fans may be disappointed that this tale never takes flight. Ages 12-up.