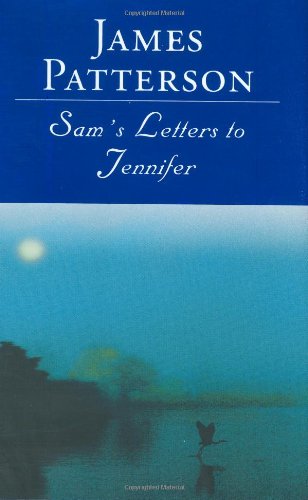 Though Patterson is best known for his Alex Cross thrillers, one of his biggest-selling titles has been (2001), an affecting love story awash in tragedy and hope. This new, less powerful but compulsively readable novel is cut from the same sentimental cloth, with the narrative hook here being not diary entries but letters that an elderly woman writes to her beloved granddaughter. When Jennifer, a grieving widow and columnist for the , hears that her grandmother Samantha has fallen and is in a coma, she races to Sam's town of Lake Geneva, Wisconsin. At Sam's home on the shores of the lake, she finds a packet of letters addressed to her; their text, recapping Sam's life with an abusive husband but also with a mysterious lover she calls "Doc," occupies half the novel. In counterpart runs Jennifer's romance with a childhood friend, Brendan, she reunites with, only to learn that he is dying of brain cancer—a romance that allows her to heal her grief for her dead husband, Danny, who drowned the year before. The novel's structure works brilliantly, with Patterson as usual using brief chapters and simple prose to propel the reader onward; more thrust comes from the plot questions: Will Sam survive? Who is Doc? What will become of Jennifer and dying Brendan? The answers will leave readers satisfied but not as stirred as they were with . This is a slighter tale, but also one that few if any will put down as Patterson again shows how it is done.