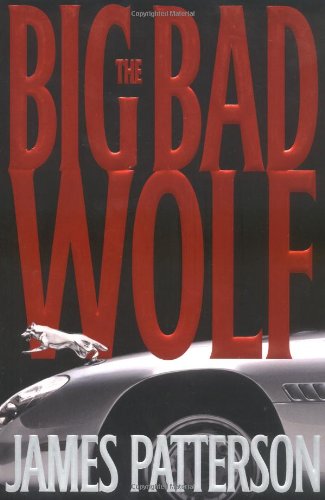 In a recent column in , Stephen King cited Patterson's thrillers as example of "dopey" bestsellers. We hope that doesn't mean that those who enjoy them are dopes, because this new one is vastly entertaining. Alex Cross, Patterson's black lawman hero, has left the D.C. police force for the FBI. But Cross was a star cop, so when the Bureau becomes aware that attractive white women are disappearing at an unusually high rate in the nation's capital, Cross, despite still being in training at Quantico, is brought onto the case and is personally mentored by the Bureau's director, earning the ire of some Feds but the support of others. Behind the disappearances is a sexual slavery operation run as a sideline by one of the more believable and most compellingly evil villains in the Patterson universe, the Wolf, a mysterious former KGB man who's now the world's top mobster. The narrative throughout is swift and varied, as Patterson cuts among the diabolical schemes of a Russian magnate who may be the Wolf, the plight of several kidnap victims, the dogged pursuit by Cross and company of the Wolf, and the hideous designs of the members of an encrypted computer chat room who pay the Wolf fortunes to snatch women who fit their fantasies. And there's domestic drama, too, as the mother of Cross's young son, Alex, decides that she wants her boy back. Full of plot surprises and featuring a balanced mix of intrigue, hard action and angst, the novel, on which Patterson notably does not share cover credit, grips from start to finish. The Alex Cross series remains Patterson's finest, and this is the finest Cross in years. Maybe we're dopes, but we're smiling ones.