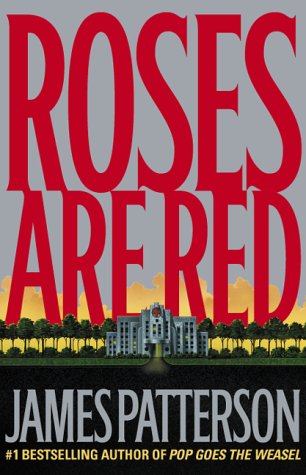 Alex Cross is back--and that alone will have this novel crowning bestseller lists, a feat Patterson's books have achieved often of late, both his Cross (Pop Goes the Weasel) and non-Cross (Cradle and All) thrillers. Patterson won an Edgar for his first novel, The Thomas Berryman Number, but he hasn't won one since. One reason is that his prose, though sturdy as a trusted rowboat, is just as wooden; another is that his plotting--here detailing Washington, D.C., homicide detective Cross's pursuit of a crazed but crafty homicidal criminal known as the Mastermind--is about as sophisticated as that of a Frank and Joe Hardy tale. So why are the Cross novels so popular? In part because Patterson constructs them out of short, simple sentences, paragraphs and chapters that practically define the brisk, fun, E-Z read, and in part because, here and elsewhere, he engages in the smart and unusual tactic of alternating third- and first-person (from Cross's POV) narrative. Mostly, though, readers adore them because Cross is such a lovable hero, a family-oriented African-American whose compassion warmly balances the icy cruelty of Patterson's villains and their sometimes graphically depicted crimes (as is the case here). In the new novel, Cross suffers lady problems as his old love, who's in terror of Cross's job, leaves him, and he fumbles toward a new romance with an FBI agent; he also suffers personal trauma as his beloved daughter develops a brain tumor. That's back-burner action, though. The main focus here is, first, on a series of shocking Mastermind-engineered bank robbery/kidnappings involving wanton killings and, second, on the hunt to ID the Mastermind--a hunt both absorbing and annoying for its several (rather smelly) red herrings, and concluding with a revelation that screams sequel. While there's nothing subtle in this novel, every blatant element is packaged for maximum effect: roses may be red, but Patterson's newest is green all the way. U.K. and translation rights, Arthur Pine Associates. 1.25 million first printing; Literary Guild and Doubleday Direct main selections; simultaneous Random House large-print edition and Time Warner Audio. (Nov.)
close
Details