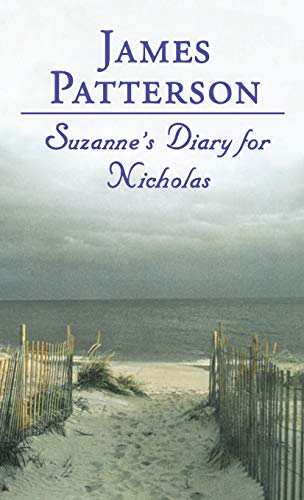 Say what? A women's weepy from the megaselling author of the hard-boiled Alex Cross mysteries? Yes, and it's not the stretch some might imagine. Patterson has demonstrated his flair for female POV and characters in the stand-alone and in his current bestseller, —and Cross himself has his gooey side. So how good is the novel? Good enough to lightly pluck the heartstrings and to impress with its craft—and its calculation. As usual, Patterson mixes first- and third-person narration. Katie Wilkinson is a Manhattan book editor who's been inexplicably left by her lover and star author, a Martha's Vineyard poet named Matt. After he splits, Matt mails Katie the diary kept by his wife, Suzanne, for their young son. Katie reads it (the novel's extensive first-person passages) and reacts to it (briefer third-person interludes). The diary details how physician Suzanne, recovering from a heart attack at age 35, forsakes the rat race, moves to Martha's Vineyard and finds bliss with Matt, a housepainter who reads and writes strong poems, and with their newborn son, Nicholas. The novel sloshes with sentiment (some of it quite icky) and simple spiritual truths, while acknowledging the reality of pain and loss: rose bushes galore, with thorns. Patterson sustains suspense through clever plotting and by Katie's wondering about the fate of Suzanne and Nicholas; what's finally revealed pushes her, and the novel, to a bittersweet conclusion. Patterson is one smart author (here, he dazzles with his use of refrains, stories-within-stories and romance novel tropes); this jump into another genre won't hurt his reputation as a master of popular lit.