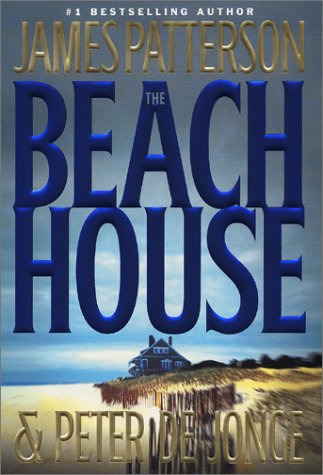 Patterson's second coauthored novel of the year (after the current bestseller , written with Andrew Gross) is a relatively rare stand-alone for this immensely popular writer. Unlike some of Patterson's stand-alones, however, including the most recent, , this doesn't move Patterson into new territory: it's a slick, vastly enjoyable yet far-fetched thriller—i.e., typical Patterson. Its hero is a Columbia University law student, Jack Mullen, who's out to avenge the death of his younger brother, Peter, found dead on the Amagansett, L.I., property of the immensely wealthy Neubauer family, a few miles from Jack and Peter's Montauk home. The cops say Peter drowned; a glance at the corpse tells Jack that his brother was beaten to death. The rest of the novel traces Jack's efforts, with the help of a female private eye/love interest, plus his elderly grandfather and a band of Montauk locals, to prove that Peter was murdered and that billionaire Barry Neubauer played a role in his demise. Arrayed against Jack are a tough cop, high-placed lawyers and a sadistic killer—all owned by Neubauer money. Jack's diggings lead to evidence not only of Peter's murder but of its part in a coverup involving sexual scandal and blackmail; to get the justice that's denied them, Jack and his friends take the law into their own hands, kidnapping Neubauer and his cohorts and trying them in a kangaroo court whose proceedings they broadcast on TV. Smooth as a vanilla milk shake and no more sophisticated, written in 113 short chapters that won't tax anyone's attention span, this is smart, market-savvy, populist entertainment.