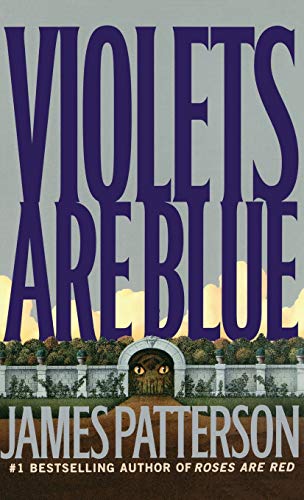 Washington, D.C., police detective Alex Cross returns for another visit (after ) to the top of the lists—and for two new cases of disparate quality. The first, which dominates the narrative, takes place within America's vampire underground and is as exciting as anything Patterson has written; the second, in which Cross at last defeats the nemesis known as "the Mastermind," feels tacked on only to knot loose ends. In San Francisco, two joggers are slain, seemingly by both tiger and human teeth, and their blood drained; then an upscale couple is killed similarly in Marin County—deaths suggestive of an earlier Cross case, prompting the detective's old pal Kyle Craig of the FBI to ask for his help. Craig's plea plunges Cross not only into a fetishistic netherworld in which thousands play at being vampires and a handful actually do kill for blood, but into personal turbulence as he alienates his family by his dedication to work, and as his always troubled love life takes further dips and flights, the latter in the company of SFPD Insp. Jamilla Hughes, who joins him on the cases. We know the good guys' immediate quarry, but they don't: two golden young men, brothers and self-styled vampires, with a pet tiger at their side. But who is the Sire, their ultimate leader? Meanwhile, the Mastermind, a brilliant homicidal maniac, plagues Cross with threatening phone calls. Most readers probably won't finger the Sire, but anyone who can't name the Mastermind long before Patterson reveals his identity must be reading this book backwards. The action reels around the country, from D.C. to California to Las Vegas to North Carolina, and readers will be swept away by it and by Patterson's expert mixing of Cross's professional and personal challenges. The narrative split between the two cases, vampiric and Mastermind, jars—but not enough to seriously mar fans' pleasure, and the two cases will probably mesh more elegantly in the inevitable movie to come.

First to Die Violets Are Blue