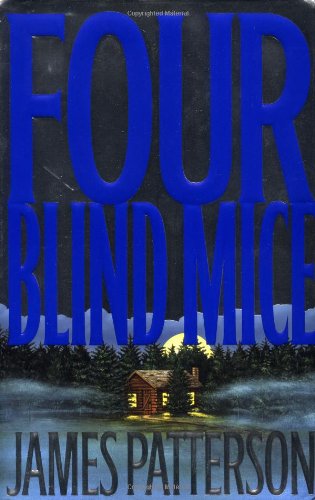 With Patterson continuing to move in unexpected directions (his next novel, , due out in March 2003, is a medieval adventure), it's a pleasure to see him touch home base with another Alex Cross thriller—this one the best Cross yet. The mice of the title are three homicidal Army Rangers, Vietnam vets, and their mysterious controller; as is usual in the Cross novels, we know this much sooner than does the black Washington, D.C., detective, who gets involved when an army careerist, Sgt. Ellis Cooper, an old pal of Cross's colleague and best friend, John Sampson, is found guilty at military trial for the brutal murder of three women, but claims innocence. Traveling to North Carolina, where Cooper awaits execution, and to Fort Bragg to investigate, Cross and Sampson encounter stonewalling among the military—which only intensifies as they uncover a pattern of other military men executed for like crimes they may not have committed. As the duo visits West Point, they confront an even thicker "gray" wall of silence. Meanwhile, the killers strike again, and when Cross and Sampson identify them, the Rangers begin hunting the cops. The action leads, as is Patterson's custom, to a firecracker string of climaxes; the finale finds Cross handcuffed and stripped naked in deep woods, about to be killed. Throughout, Patterson expertly balances the conspiratorial action with intriguing developments in Cross's domestic life, including health problems for his family's anchor, the elderly Nana, and growing romance between him and a California cop. Everything clicks in this novel, from Patterson's patented short chapters (115 here) to the whiplash plotting. This may not be high lit, but it sure is entertainment.