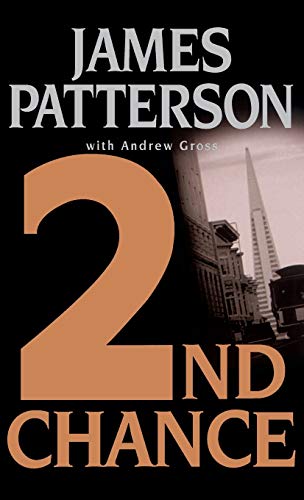 It's been a long time since we've seen a bestselling author of Patterson's clout credit an assistant author on the cover, and good for Patterson for that. The credit is deserved. This is Patterson's richest, most engaging novel since and, as the second in his Women's Murder Club series (after ), yet more evidence that this prolific writer can roam beyond Alex Cross with style and success. Like all Pattersons, the narration mixes first and third person—the first here is voiced, as before, by San Francisco homicide detective Lindsay Boxer, while the third-person sections cover the doings of the other three members of Boxer's informal club, a reporter, a pathologist and a prosecutor, as well as the villain's shenanigans. The basic story line is vintage Patterson, i.e., a serial killer (here, one known as Chimera) goes on a calculated rampage until stopped by the good guys—or in this case, gals. As the victims—a young girl shot dead, an elderly black woman hanged, two cops—pile up, it becomes clear to Boxer and others that they're up against a racist who hates black cops; is the killer a cop himself? The story ripples with twists and some remarkably strong scenes, particularly Boxer's in-prison interview with a crazed con. But what makes this Patterson stand out above all is the textured storytelling arising from its focus on Boxer's personal issues. In the first novel, Patterson personalized Boxer by dealing with her rare blood disease; here, it's the emotionally powerful introduction of Boxer's long-lost father into her life that galvanizes the plot, particularly as Patterson ties the man into Chimera's rampage. Prime Patterson; first-rate entertainment.