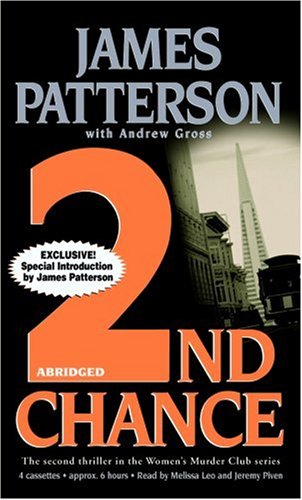 Patterson () aptly commences the audio version of his latest with a foreword warning listeners they may have to "pull over to the side of the road" when the story gets exciting. His frenetically paced second installment to the Women's Murder Club series finds gutsy San Francisco detective Lindsay Boxer on the trail of a "cold-blooded marksman" who's just killed an 11-year-old choir girl. Lindsay suspects a serial killer targeting blacks after a close friend and crime reporter, Cindy Thomas, informs her that an African-American woman has recently been lynched. The only links between the victims seem to be family members in the police department and a symbol of a two-headed creature present at both crime scenes. With the sometimes unduly forceful projection of a stage actress, Leo lends a conviction and distinct voice to the author's lead female characters. There are some painfully silly sound effects, e.g., just as the case is blown open (punctuated with an explosion sound), and Lindsay has tracked down a lead (accompanied by eerie music), her long-lost father—an ex-cop—resurfaces (serenaded by a haunting sax and sentimental piano melody). But Piven's brief but brilliant readings as the killer and the author's cache of unexpected plot twists make this one fans will enjoy.