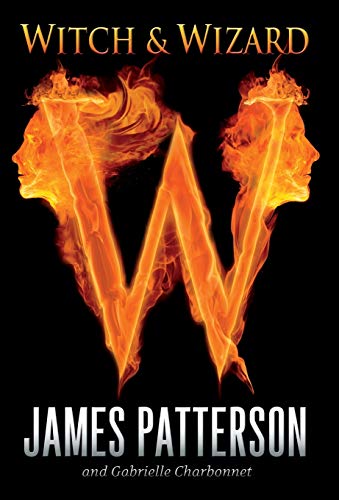 Patterson (the Maximum Ride books) and Charbonnet launch a new series about political and cultural oppression, which suffers from some questionable storytelling choices. Ordinary teenagers Whit and Wisty are taken from their house by representatives of the oppressive “New Order.” Accused of being a wizard and a witch, they're thrown in a dank prison to await execution. While there they begin to master previously unknown powers and, thanks to some otherworldly help, they manage to escape and are united with the resistance movement. The authors rely on coincidence and plot holes—each teen is allowed to bring one possession into the otherwise barbaric jail, and thus end up with magical implements. The story is further undercut by frequent recapping and short chapters, alternately narrated by the siblings, which break up the narrative for no perceivable reason. There's some fun world-building, including a stream of thinly disguised pop culture references in Wisty and Whit's alternate world (from the books of Gary Blotter to the artist Margie O'Greeffe), but even these are inconsistent (their world also includes Red Bull and the adjective Dickensian) and come across as groaners. Ages 10-up.