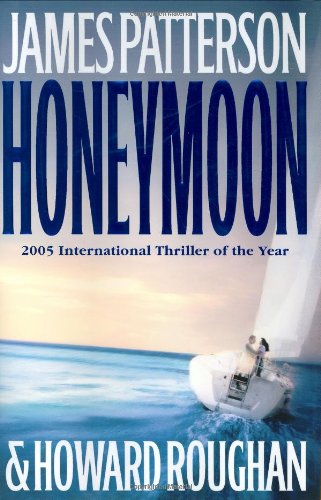 To be published on Valentine's Day, this solid and enjoyable but not exceptional thriller about a Black Widow killer has been selected by Bookspan as the "2005 International Thriller of the Year." That's obviously jumping the gun, and probably has more to do with the unusual sales gambit by which Bookspan was allowed to sell the book prior to bookstore distribution than with the novel's quality. Still, megaseller Patterson, here writing for the first time with Roughan ( ), again shows his usual flair for brisk narrative, strong suspense and genuine twists in tracing the story of how FBI agent John O'Hara tracks down serial killer Nora Sinclair. As the novel opens, beautiful Nora, an interior designer for the very rich, and already wealthy after having killed her first husband for his inheritance, is juggling an engagement to a hedge-fund manager in tony Briarcliff Manor in upstate New York and a marriage to a bestselling author in Boston. She intends to kill both, but chooses the hedge-fund manager first; after she poisons him, enter O'Hara, posing as a sympathetic insurance investigator but secretly working to nab Nora. In time, Nora seduces O'Hara, so his attempt to catch her is compromised by lust; there's also a major subplot involving a suitcase containing documents pointing to more than a billion dollars transferred to Cayman Islands banks, a subplot fully tied into the main plot only near book's end. O'Hara and particularly Nora stand as two of Patterson's most complex characters yet, but the narrative, while nearly impossible to stop reading, doesn't have the emotional pull of the author's Alex Cross novels or some of his Women's Murder Club titles. This is one canny thriller, though, and Patterson's millions of fans will be most pleased. Expect sky-high sales.