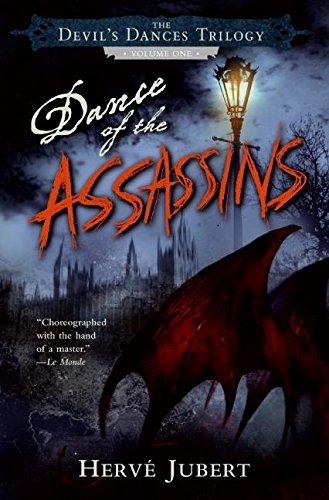 Dance of the Assassins

This launch title in the Devil's Dances Trilogy is set in a futuristic world that provides the well-to-do with an amusement park comprised of virtual "Historic Cities," including 19th-century London. The demarcation between the virtual world and reality blurs when a tourist is murdered-and the virtual "Jack the Ripper" is all too real. The Criminal Investigation Department sends veteran sorceress Roberta Morgenstern to investigate the death, along with a rookie named Clement Martineau. They also discover strange goings-on in several of the other Historic Cities, and the Devil himself may be behind the scary events, lurking in Louis XIV's Versailles, or the ancient Aztec city of Tenochtitlán. Although some of the supporting cast's weak characterization, combined with a choppy narrative style may be off-putting for American readers, the excellent premise of this mystery will draw them in nonetheless, and the exotic locales add style to the proceedings. Roberta and Clement often follow different lines of investigation, allowing Jubert to explore diverse settings and dramatic elements. Ages 12-up