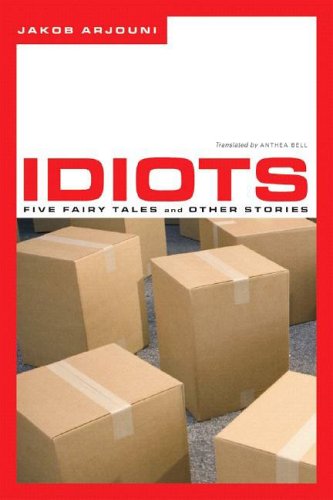 Fairies promise one wish—but not "immortality, health, money and love"—to each of the wretched, narcissistic protagonists in the first five stories of Arjouni's sardonic new collection. In the title story, a fairy comes to the aid of a miserable ad exec desperate to save his company from financial ruin. A promising young film director who suffers paralyzing anxiety attacks asks a fairy to erase his fear of failure in "Defeated." The fairy grants literary help to an aging pulp-fiction writer yearning for serious artistic success in "In the Valley of Death." Although Arjouni offers poignant insight into his characters' secret insecurities and base desires, the fairy tale conceit and ironic twists work too predictably, flattening otherwise clever stories. The remaining four tales hinge on themes of loneliness, desperation and the hazards of self-love. In "A Friend," for example, an acclaimed theater director pays a hitchhiker to pose as his friend at a birthday celebration, hiring him, in essence, as an extra in a strange production. Despite some pat plotting, Arjouni weaves lively, ironic tales about desperate folk at the edges of contemporary German society.