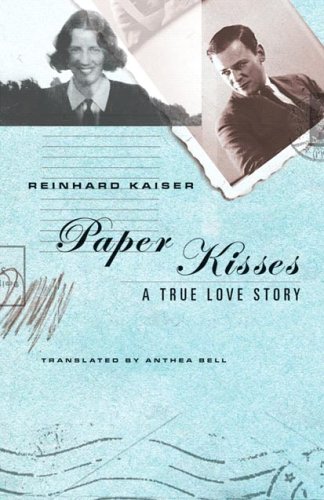 When the Nazis rose to power in Germany, Rudolf Kaufmann's job prospects shrank. Never mind that he was a promising scientist who had done groundbreaking work in paleontology. Never mind that, while his family roots were Jewish, he'd been baptized an evangelical Christian. Dismissed from his position at Greifswald University, he sought work in Italy, where, in the summer of 1935, he fell in love with Ingeborg Magnusson, a 28-year-old Swedish insurance company worker on holiday. Their relationship lasted five years, during which time they were together for 13 days. Their love affair blossomed in the mail: German author and stamp collector Kaiser discovered 30 of Kaufmann's letters to Inge at a Frankfurt stamp auction in 1991. His attention quickly turned to the more daunting and compelling task of figuring out who these people were, how their relationship developed and what became of it—and of them. Interweaving excerpts from their letters with information he gathered from relatives, his gem of a story provides readers with a fresh, intimate angle from which to view the devastating effects of Hitler's war on the world. B&w photos.