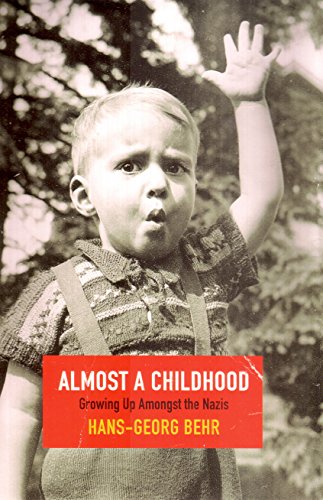 Almost a Childhood: Growing Up Among the Nazis

The author of this dramatic but restrained memoir documents a harrowing childhood in Nazi Austria, in which his personal misery blends with the larger national trauma of war and occupation. Born in 1937 to a Viennese former opera singer and a German antiaircraft artillery commander, Behr, who has written for German newspapers, was raised in a punitive atmosphere, routinely beaten by his mother (his father was away at war) for childhood infractions. When Behr stammered and soiled himself, his mother publicly humiliated him. As well, he was sexually abused, first by a Russian laborer on his grandfather's estate and then, after the war, by a priest at the authoritarian Catholic boarding school he was banished to. Behr understatedly evokes these violent episodes by remaining at a distance, referring to himself as "the boy." His father was hanged for war crimes, leaving his wife under Russian occupation, tainted by her marriage to an officer of the defeated Reich. This bitter tale ends with Behr's first taste of freedom, when he manages to escape from his draconian boarding school.