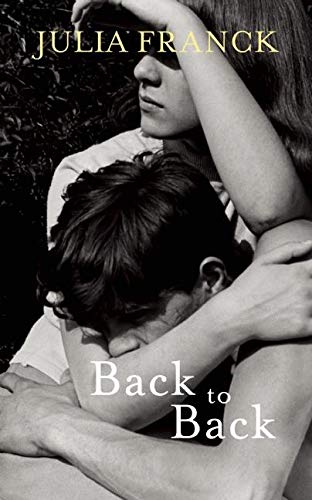 Set in East Germany during the 1950s and ’60s, this haunting novel depicts the constricted, oppressed lives of people living under the brutal policies of country’s Communist government. We meet two pre-adolescent siblings who endure unremitting sorrow, loneliness, privation, humiliation, and physical pain, until one dies at age 19. Thomas and Ella are little more than slaves to their mother, Käthe, a sculptor with a massive ego and deluded ideas about the triumph of the workers in the class struggle, while she herself lives in bourgeois comfort. Franck—whose previous novel, The Blindness of the Heart, was a bestseller in Germany—mirrors the corrupt and hypocritical policies of the state through Käthe’s behavior. Supposedly to instill independence, she subjects her children to verbal and physical abuse, a workload of daily drudgery, and cruel punishments. Meanwhile she ignores the evidence that Ella is being raped by the lodgers who live with them. Sensitive, poetry-writing Thomas feels despair at his inability to break free of his mother’s domination and the oppressed society behind the Berlin Wall. Käthe is a despicable character whose monstrous behavior makes the reader squirm, but she’s the novel’s potent force. Moreover, Franck’s acknowledgement that the anguished poems quoted in the text, supposedly written by Thomas, are from the estate of a man with the Franck surname, invests this narrative with heartbreaking reality. (Dec.)
close
Details