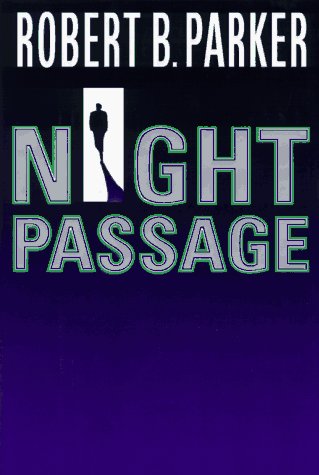 Great series characters can wind up tyrannizing their creators, who often seek relief in secondary series heroes. But Professor Challenger didn't save Conan Doyle from Holmes, Tiger Mann never put the kibosh on Spillane's Mike Hammer--and Jessie Stone, though a finely wrought protagonist, won't keep Parker's fans from clamoring for ever more Spenser stories. Parker writes of Stone, an alcoholic cop booted out of L.A. Homicide only to be offered a job as police chief of a small Massachusetts town, in the third person, and his plotting suffers from the resultant multiple viewpoints. With Parker playing nearly all his cards face-up, there's little mystery and no suspense as Jesse uncovers, then foils, a murderous conspiracy on the part of a town official and his white-power militia. Also, many of the supporting characters--the official, his bully of a sidekick, a couple of mobsters and a burned-out teen whom Jesse befriends--will seem, though crisply carved, too familiar to Spenser devotees. And so will Jesse, for although alluringly moody and silent, he is, like Spenser, a tough man of honor who gets the job done. What's less predictable here are the complex, expertly shaded relationships, especially romantic, as Jesse flails and fails at loving both his ex-wife and his new girlfriend. The most powerful romance here, though, is between Parker and the written word. He has employed the third person before, most notably in Wilderness and the cop saga All Our Yesterdays. Still, his doing so is sufficiently rare that it is exceedingly satisfying to watch this prose master lay down his cool, clean lines from outside someone's skin. 125,000 first printing. (Sept.)
close
Details