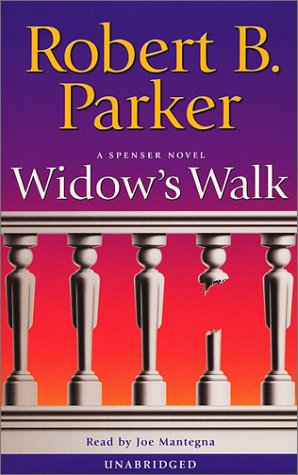 This unadorned production leaves everything to the considerable narrative skill of veteran reader and actor Mantegna (; ; etc.), but not even he can breathe much life into an off effort from Parker (; ; etc.). Though Mantegna's style is perfectly suited to the rough-and-tumble PI genre, Parker's text offers little in the way of intriguing substance. With the rugged detective Spenser once again working the streets of Boston, the tale centers on Mary Smith, a flighty blonde socialite of questionable moral character and undeniably low IQ, whose husband, a wealthy banker, is found shot to death in the couple's home. Despite Smith's ludicrous alibi and transparent lies, Spenser takes on the case and begins to unravel a messy skein of infidelity and corrupt land dealings. Smith's vapid character provides Mantegna's greatest challenge, and, truthfully, it's not one that he answers particularly well. He's much more at home with the pointed banter between Spenser and his lover, Susan, or the gruff, streetwise voice of Spenser's henchman, Hawk. Despite some occasionally snappy dialogue and pulse-quickening action scenes, there's little here among the hackneyed trappings of the detective story and a rather confusing plot to keep anyone but the most devout fan of the series truly engaged.