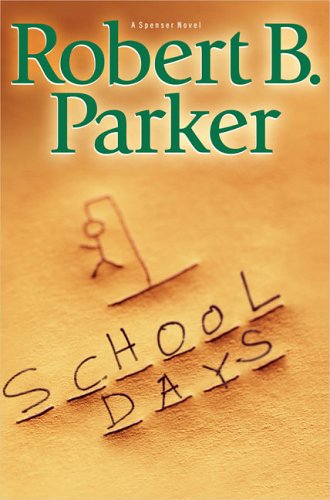 Any new installment in Parker's long-running series starring tough, wisecracking Boston PI Spenser is a pleasure, and this time out high-maintenance girlfriend Susan Silverman is out of town, giving readers unfettered Spenser face time. The wealthy Lily Ellsworth hires Spenser to prove the innocence of her grandson, Jared Clark, accused of a Columbine High School–style shooting that has left five students and two teachers dead. Jared has confessed to the crime, and Spenser faces major opposition from local law enforcement officials, school authorities, dysfunctional parents, opposing lawyers and deadly gang-bangers. As always, Spenser solves the case in a surprising manner, shoots some bad guys and has several attractive women offer him sex, all of which he handles in his proficient, wisenheimer way. Susan's German shorthaired pointer Pearl gets a lot of attentive babysitting, but longtime sidekick Hawk is nowhere in evidence. Those who have stuck with Spenser as Parker invented (and set loose) other case-crackers will be rewarded once again with another solid installment in this fine, enduring series.