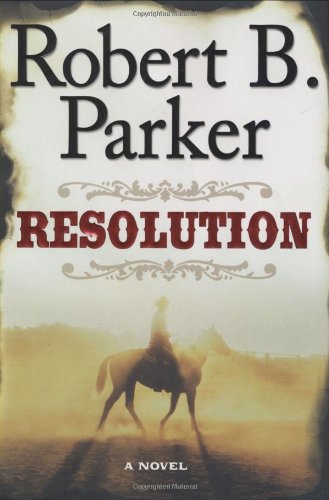 Parker applies his customary vigor to this sequel to (2005), in a sparse, bullet-riddled rumination on law and order, friendship and honor. Narrator and hired gun Everitt Hitch takes a job as lookout in Amos Wolfson's Blackfoot Saloon and, in short order, guns down local upstart Koy Wickman and stands up for the town's beleaguered prostitutes. Without fully intending it, he creates a haven of orderliness amid the chaos of sheriff-less Resolution. But larger forces are at work as Eamon O'Malley, competing with Wolfson for control of Resolution, hires freelance thugs Cato and Rose to replace Wickman. Lest Everitt end up outnumbered, his old friend Virgil Cole turns up just as Wolfson and O'Malley amass armies for a decisive battle. Wolfson's army turns out to be the more unsavory and dishonorable, winning the day against O'Malley—but Virgil, Everitt, Cato and Rose are prepared to settle things the honorable way. Though the plot meanders its way to a too-fast climax, Parker's dialogue is snappy and his not-a-word-wasted scenes suit this Spartan western.