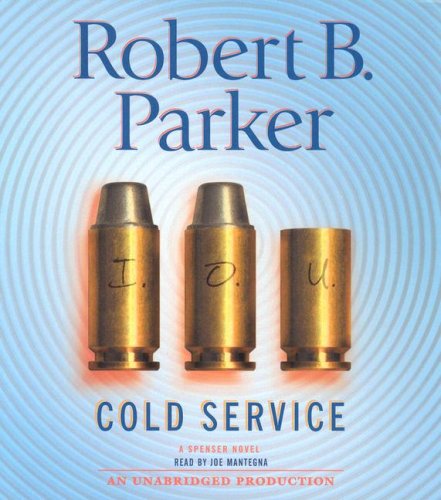 The newest entry in Parker's long-running Spenser series finds the detective's brother-in-arms, Hawk, struggling back to physical and soulful health after being shot. The novel, which chronicles his and Spenser's attempts to hunt down the Ukrainian mobsters who wounded Hawk and murdered Hawk's client, comprises brittle, often funny conversations, too many ruminations on male pride and a few brief, smartly rendered scenes of violence. But its overall effectiveness is severely tested by narrator and veteran actor Mantegna ( , ), who's known for his spot-on portrayals of antiheroes and silky raffish types. Conspicuously absent from the actor's credits, listed on the back of the audio, is any mention of his television incarnation of Spenser, possibly because he didn't fit the role. He was too slight and young for the weight-lifting, middle-aged detective and, more significant here, he doesn't sound like Spenser. His voice is soft, with the hint of an accent that's nowhere in the vicinity of Spenser's Boston. And for some reason, the usually shrewd actor overplays Spenser's irony and sarcasm to the point of parody. When a shady government official refers to a character as "a professional," Spenser's reply is "Aren't we all?" This works on paper, but Mantegna treats the line to a singsong rendition that not only makes the sleuth sound like a hipster wannabe, it stops the action cold. Unfortunately, this is not an isolated incident.