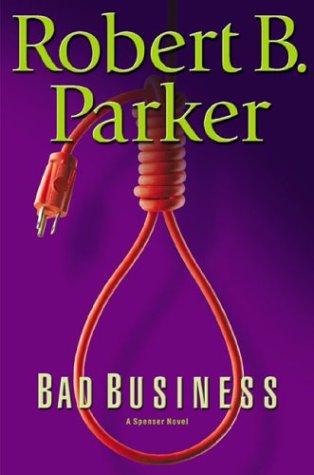 Spenser #31 finds the veteran Boston PI tackling corporate crime in a routine yet absorbing outing. As usual, Spenser enters the case at an angle, this time because he's hired by one Marlene Rowley to prove that her husband Trent, CFO of energy firm Kinergy, is cheating on her. Before long the PI learns that marital cheating is all the rage among Kinergy's players, with the hanky-panky orchestrated by radio personality Darrin O'Mara, who runs popular sex seminars on the side. Maybe all that cheating explains why Spenser keeps running into other PIs hired by Kinergy folk, but it doesn't point to why Trent is found shot dead at Kinergy headquarters. Spenser links Kinergy's slick founder/CEO to the sex ring and blackmails him to gain access to Kinergy's records, unveiling a pattern of accounting deceptions that reveal a company about to go under. There's less violence than usual in this Spenser novel but more detecting, which may explain why there's little of the PI's tough sidekick Hawk but much of his psychologist girlfriend Susan, which may not please the many Spenser fans who grew tired years ago of the love banter between the soul mates. The novel ends with suspects crowded into a room to be questioned by Spenser, a classic yet tired climax that is emblematic of the tale: Parker is treading water here, albeit with some flair and a good deal of humor. One suspects that his heart belongs not to this story but to his other book due out this year, in May, the highly anticipated Jackie Robinson novel