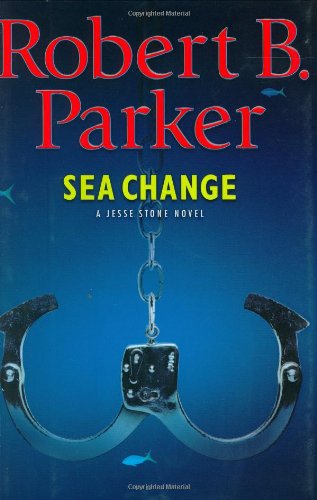 Filled with tawdry sexual shenanigans, bestseller Parker's fifth Jesse Stone novel (after 2003's ) finds the former L.A. cop, now the police chief of Paradise, Mass., tentatively reunited with his ex-wife, Jenn, and approaching a year since his last drink. The murder of a woman aboard a sailboat leads Stone into a world of wealth and depravity centered on a couple of yacht owners from Florida and their crowd. Drugs, pornography, rape and underage sex provide a degrading framework for the murder investigation. Stone gets a valuable assist from Kelly Cruz, a Fort Lauderdale cop, as he traces the backgrounds of victims and suspects. The laconic Stone with his uncertain relationship with Jenn, his struggle with alcohol and his visits to a therapist presents a striking contrast to Parker's primary hero, Spenser. But much of the dialogue is interchangeable: witty, flirtatious, droll and sexually charged. The outcome manages to be both surprising and depressing. Stone is a work in progress whose following is likely to increase as he continues to grow.