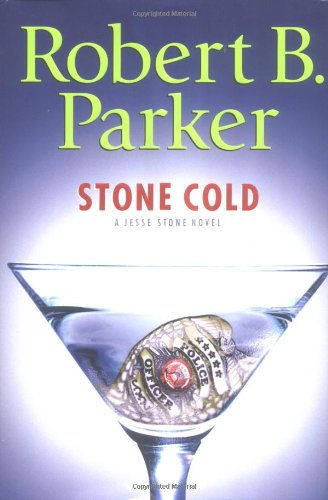 It's taken four novels, but finally Parker's Jesse Stone series has produced a book as good as top-drawer Spenser. This outing finds the laconic, troubled cop tackling three problems: to capture the pair of serial killers who are murdering random victims in small-town Paradise, Mass., where Stone is chief of police; to bring to justice the three high-school students who gang-raped a younger schoolmate; and to come to terms with his love of both alcohol and his ex-wife, Jenn. The serial killers, revealed early to the reader and soon enough to Stone, are a married yuppie pair who taunt Stone, whom they take as a dumb hick cop, as he collects evidence to bring them down; his pursuit of them leads them to kill someone close to him, then to target Stone himself, and eventually to an emotionally cathartic climax in Toronto, where the killers have fled. That story line serves as a fine little police procedural, but Parker is at his max here when following the rape plot, especially in scenes in which Stone, in his cool, compassionate way, tries to help the besieged victim as best he can. Meanwhile, under intense media attention and pressure from town elders for the ongoing serial killings, Stone works his way toward an understanding of the roles that booze and Jenn play in his life. Told in third-person prose that's a model of economy, with sharp action sequences, deep yet unobtrusive character exploration and none of the cuteness that can mar the Spenser novels, this is prime Parker, testament to why he was named a Grand Master at the 2002 Edgar Awards.