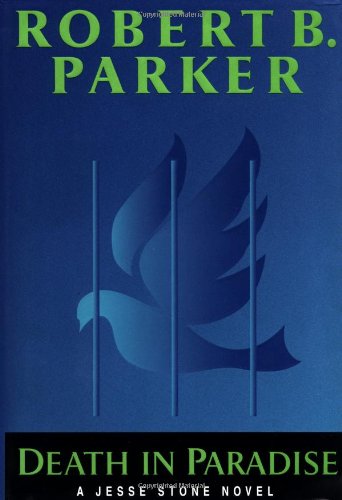 Melancholy shadows this third, beautifully wrought Jesse Stone mystery; rarely if ever has Parker's fiction conveyed with such solemn intensity the challenge of living a good life in a world of sin. Jesse, erstwhile drunk and now sheriff of small-town Paradise, Mass., tackles two criminal and two personal mysteries here: the murder of a teenage girl found shot dead in a local lake, and the chronic beating of a local wife by her husband; the conundrum of Jesse's attraction to alcohol, and the mess of his love life, shaped by his dependence upon his estranged wife but encompassing a highly sexed affair with a school principal. The search for the identity and the killer of the girl brings Jesse, as such investigations traditionally do, into the realm of high society—the prime suspect is a bestselling writer—but also to the mean streets of Boston, where the sheriff parries with Gino Fish and Vinnie Morris (outlaws borrowed from the Spenser series). Dogged police work, a hot-to-trot wife, child prostitutes, the solace of baseball, hard-guy banter—these and more classic elements inform and bolster this immensely satisfying tale. As usual with Parker these days, though, the book's ultimate pleasure lies in the words, suffused with a tough compassion won only through years of living, presented in prose whose impeccability speaks of decades of careful writing.