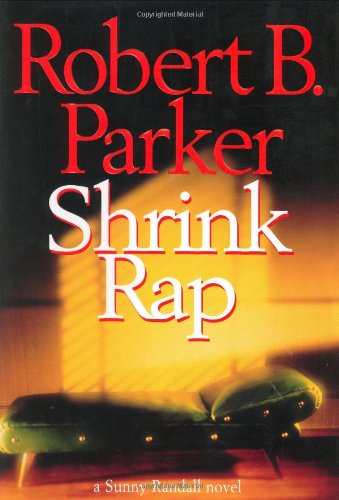 As if responding to his new status as an MWA Grand Master, Parker turns in his strongest mystery in years with Boston PI Sunny Randall's third outing (after and ), a particular relief after this spring's flaccid Spenser offering, . The setup lacks originality—Sunny is hired to bodyguard a bestselling author, Melanie Joan Hall, who pens "high-end bodice rippers," just as years ago in , Spenser was hired to bodyguard a famous TV newscaster—but by focusing on an author's plight during her book tour, Parker writes about experiences close to his own, delivering sharp portraits of publishing types and fans. Melanie Joan's former husband, John Melvin, a psychopathic psychiatrist, is stalking her. To learn about and discredit him, Sunny consults another psychiatrist, then enters incognito into therapy with Melvin, which adds tremendous resonance to the narrative as, inadvertently, she must confront her own neuroses during sessions, complexes involving her relationships with her parents and estranged husband. Soon Sunny sniffs out that Melvin has been raping and, occasionally, killing members of his all-female clientele by injecting them with a date rape drug. To nab Melvin, she submits to his using the drug on her, in an intense finale. With layers of psychological revelation, plenty of action, the welcome return of Sunny's supporting crew (most notably Spike, a gay counterpart to Spenser's Hawk) and, as usual, prose as tight as a drumhead, this is grade-A Parker.