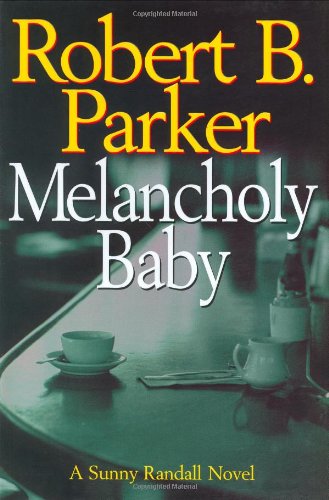 The title refers to two characters: Boston college student Sarah Markham, convinced that her parents adopted her, and Boston PI Sunny Randall, hired by Sarah to certify her parentage. Sarah is melancholy because her parents refuse to take a DNA test to settle the issue and seem furtive; Sunny, because her ex-husband, Richie, has just remarried. In this excellent fourth Sunny Randall PI tale (after ), Sarah's sadness leads to murder, as Sunny's questioning of the parents results in one of their deaths at the hands of the person who would suffer most if the truth comes out. Sunny's own blues lead her to Dr. Susan Silverman and sessions on the couch that, however well observed, will have fans of Parker's PI Spenser who are terminally tired of Susan (Spenser's longtime girlfriend) gritting their teeth at her intrusion into another series. Still, Sunny's own regulars, particularly tough gay pal Spike, hold their own in the tale. There's little here that Parker hasn't done before, like his protagonist's side trip to New York and her tangling with venal lawyers and reptilian celebrities as well as Parker's sensitive exploration of the meaning of family and maturity and of the tension between self-reliance and love for another, but he does it so well here, with his impeccable prose and charismatic heroine, that fans will tremble with delight