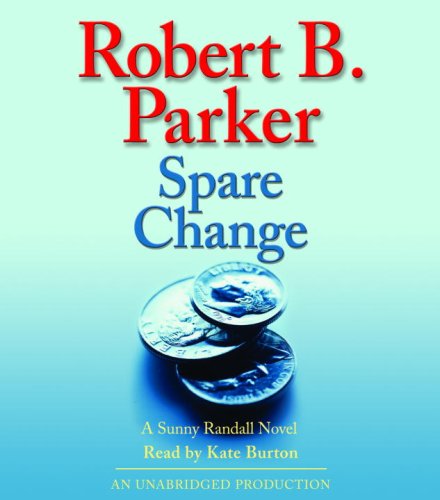 Not all of Sunny Randall's cases have been personal, but this one, her sixth, raises the average. Her on-again, off-again romance with her ex-husband is on again in a big way. And she's working an investigation with her father, Phil, an ec-cop lured from retirement by a slayer using the same modus operandi (coins left on beautiful female corpses) as the serial killer he hunted 30 years before. Parker's snappy dialogue keeps the story moving along. Burton is too smart to let Sunny slip into girliness when she's chatting with her beloved dad or her ultraromantic ex-husband, and she never makes her too cute or too tough in her cat-and-mouse encounters with the man she's certain is the Spare Change Killer. Instead, Burton maintains Sunny's professional edge, using subtle shifts of phrasing or timing to indicate the emotions the sleuth is keeping under wraps. She is just as successful in finding the right voices for the other main characters: flirtatious and sinister for the prime suspect in pursuit of Sunny; and gruff frustration for Phil Randall, who is worried for his daughter's safety.