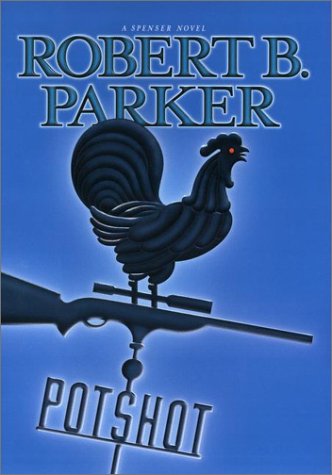 The Spenser series remains fresh after 28 novels in about 30 years. How does Parker do it? Through recurring characters as alive as any in fiction, and through exceptionally clean, graceful prose that links the novels as surely as do the characters. The author also refreshes himself through other writings—the Sunny Randall series, for example, or , a tale about Wyatt Earp that Putnam will publish in June. So even when Parker resorts to a bit of gimmickry, as he does here, the vitality of his storytelling prevails. The manifest gimmickry is Boston P.I. Spenser's corralling of sidekicks from previous novels—Hawk, of course, but also gay Tedy Sapp from , sharpshooter Chollo from , Vinnie Morris (from several novels) and a few others—to deal with trouble in the Arizona town of Potshot. Spenser is hired by a sexy blonde to look into the shooting death there of her husband, who tangled with an outlaw group known as the Dell, which for years has extorted the citizens of Potshot. There's an eventual shootout, of course (there are enough parallels between this tale and that of Wyatt Earp to guess that Parker's forthcoming Earp novel inspired this one), but not before Spenser digs into the town's secrets, uncovering the expected—but in detail, always surprising—domestic mayhem and corruption. Genuinely scary villains, sassy dialogue, a deliciously convoluted mystery with roots in the classic western and Parker's pristine way with words result in another memorable case.