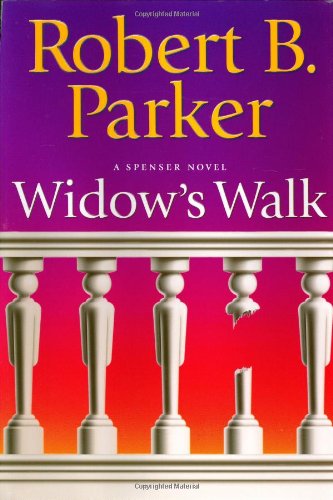 Last year Parker published three strong novels including the excellent Spenser mystery . So he's entitled to a miss and a pass and gets one with this forgettable Spenser entry. Attorney Rita Fiore, who's worked with the Boston PI before, hires Spenser to find out if her new client, Mary Smith, whom Spenser's cop pal Quirk describes as "dumber than my dick," indeed shot to death her husband, banker and Mayflower descendant Nathan Smith, as the evidence indicates. Spenser's search for the truth takes him into one of the most confusing (for the PI and the reader) cases of his long career; unusual for Parker, pages are needed at book's end to explain who did what and why. Sidekick Hawk pitches in to protect Spenser, and gunsel Vinnie Morris lends a hand, too, as several folks Spenser talks to wind up dead, and as the PI is trailed, then attacked, by thugs headquartered at a crooked land development company with ties to the dead man's bank. Susan, Spenser's beloved, offers some advice as well, but the ritual appearances by Spenser's crew, human and animal (Pearl the Wonder Dog, ancient and slow, waddles in here and there), while earning a nod of gratitude from series fans, do little to advance or deepen the proceedings. The novel stirs to life only fitfully, most notably in the confrontational exchanges between a female lawyer implicated in the crimes and her powerful attorney father; here, Parker taps into truth about familial loyalties. The writing is as clean as fresh ice, and from the opening sentence (" 'I think she's probably guilty,' Rita Fiore said to me"), it's clear that readers are in the hands of a vet who knows what he's doing; but what Parker is doing here is, alas, not very interesting.