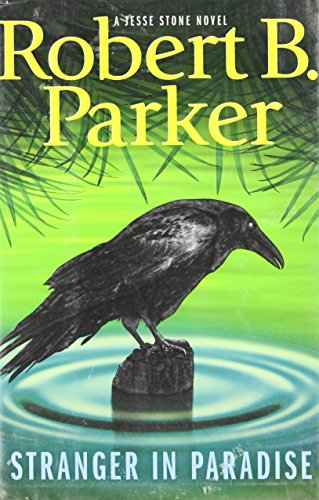 Jesse Stone trades quips with his deputies, Suitcase Simpson and Molly Crane; struggles with his relationship with his ex-wife, Jenn; and grapples with a criminal's return in bestseller Parker's sizzling seventh novel to feature the Paradise, Mass., police chief (after 2007's ). Ex-con Wilson “Crow” Cromartie, who claims to be Apache and who eluded the police after a shootout 10 years earlier in (1998), wants Stone not to interfere in his search for someone in Massachusetts. A Florida mob bigwig, Louis Francisco, has hired Crow to kill his ex-wife and kidnap his 14-year-old daughter, Amber, but Crow has a policy of not harming women. In the end, Stone does more than leave Crow alone; he decides to make sure Amber, who's involved with a Latino gang, gets a chance, however slim, to overcome the odds stacked against her. Stone and Crow make an appealing odd couple as they first warily size each other up then become grudging allies in the pursuit of justice.