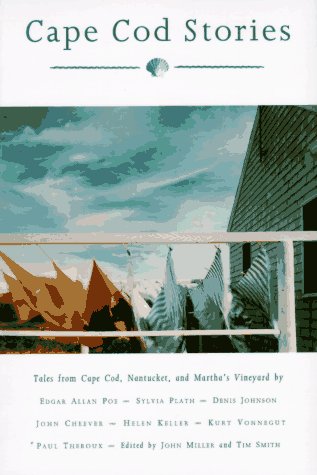 With its images of water, sand, boats, architecture, narrow roads, weather and people, this anthology's selections successfully evoke the physical and cultural reality of Cape Cod. John Updike, Norman Mailer, Edgar Allan Poe and 23 others offer a variety of short stories, poems, novel excerpts and journal entries-even a seafood recipe. Written anytime from from the mid-19th century to the present, the pieces describe a number of locales. Herman Melville portrays Nantucket; Helen Keller remembers Brewster mostly for the smell and the rough, terrifying feel of the ocean; and Kurt Vonnegut's story of Hyannis Port is an amusing account of an eccentric neighbor of the Kennedy family. Landmarks like the Highland Light and the Provincetown Players are described by Thoreau and Arturo Vivante, respectively, while Sylvia Plath describes mussel hunting, Edmund Wilson recalls visiting fishermen's traps and Updike pays homage to the more prosaic joys of going barefoot. Not everything is still there or still in the rustic state writers like Paul Theroux remembers when he says: ""For purely homely summer fun there is nowhere in the world that I know that can touch it."" (June)
close
Details