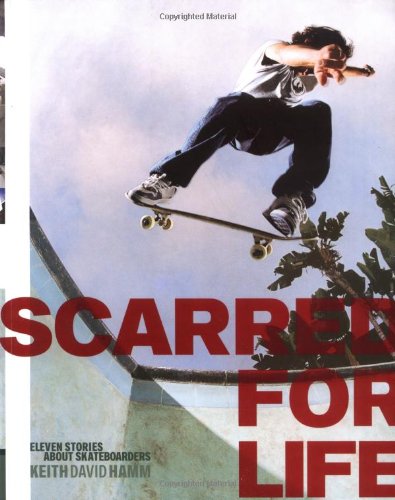 Despite the subtitle, this homegrown, lowdown book comprises a full-blown history of skateboarding through paradigmatic case studies. Former reporter Hamm, who has been skateboarding since age six and had a concrete "bowl" in his front yard, begins with a profile of the 55-year-old Bill Coleman and the Northern California scene of the 1960s and '70s and shoots forward from there. Some of the chapters cover favored locales ("Pools," "Pipes," "Ramps," "Streets"), others encapsulate decades, from the '60s to the present. Hamm writes in West Coast border vernacular ("kids became more stoked on learning how to frontside boardslide a hardrail than on smacking an alley-oop body jar on an extension with four feet of vert"), covering everything from the perils of taking a 40 mph turn on wet pavement to the pitfalls of corporate sponsorship. The 100 color and b&w photos, which he has culled from within the skateboarding community, are fetish-magazine hot if you're into it, but may seem somewhat anonymous and repetitive if not. The same could be said for the book as a whole, as beautifully designed and as lovingly pieced together as it is.