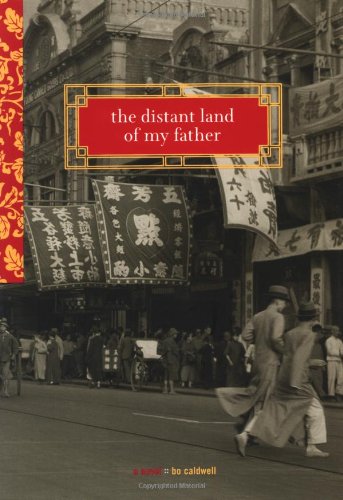 THE DISTANT LAND OF MY FATHER: A Novel of Shanghai

Caldwell's memoirlike first novel begins in 1930s Shanghai, a city where enterprising foreign entrepreneurs can quickly become millionaires—and just as quickly lose everything as victims of the volatile political climate. Six-year-old narrator Anna Schoene tells the tale of her insurance salesman/smuggler father, Joseph, the son of American missionaries, whose life-long obsession with the city's opportunities gains him great riches, though it ultimately costs him his family and almost his life. Anna worships her father. Her life in Shanghai has been one of privilege, thanks to his shady business dealings. But after a harrowing kidnapping incident, and frightened by the Japanese invasion of China, her mother, Genevieve, flees home to South Pasadena, Calif., taking Anna with her. Joseph is convinced that his connections will keep him safe and refuses to leave. Imprisoned and tortured by the Japanese and subsequently the Chinese Communists, he survives, although he loses everything and is finally deported back to America in 1954. Over the years Anna has distanced herself emotionally from her father, realizing he needed money and power more than he needed his family. But when the physically broken and spiritually reborn Joseph returns to California, he reconciles with the grown Anna and her family. The memoir-style structure lends the characters a certain flatness, but Caldwell's even tone gives the tale a panoramic elegance. Though lacking in narrative vitality, the novel is interesting from a historical perspective and vivid with details of prewar Shanghai and Los Angeles.