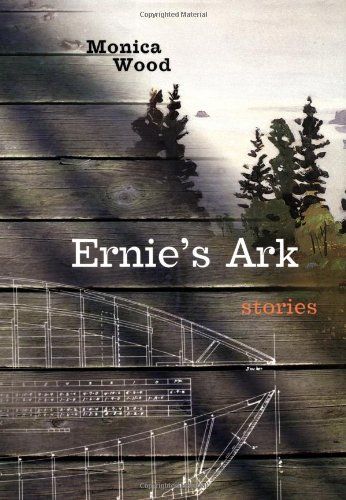 Centering around the Tiananmen Square massacre and its aftermath, this remarkably structured and textured debut epic seeks to attach a face to the mysterious man who, by stepping in front of the rolling army tanks, became the most recognizable symbol of the massacres. Cheng succeeds in his endeavor, and in the process he gives China a face as well""one so vivid and provocative it's hard to walk away without a fresh impression of the massacre, the 13 years since, and modern-day China in general. Three months before the massacre, Xiao-Di returns to China after spending four years at Cornell University, where he fell in love with a blonde American girl who left him upon graduation. But he has tasted freedom and his return to China is turbulent. He cannot find work. He grapples with the way the masses adhere to tradition and respect authority. He lives with his grandparents (his parents are dead) and when not at home feeling angry and confused, he is out with his friend Wong, bleakly contemplating the future. Then, through the eyes of president Deng Xiaoping, we enter Tiananmen Square, where students have begun protesting. Cheng successfully humanizes the person he has called a complicated man, driven by a genuine passion to create a better society for the Chinese people. Xiao-Di soon finds himself impulsively partaking in a hunger strike and, before long, facing down a tank. Complicating matters is his brother, Lu, a Chinese soldier who is sent with a unit to find Xiao-Di. Through the brothers and their grandparents, a multifaceted and sophisticated portrait of the Chinese people is rendered. This is a rare find: historical and political without being pedantic, and briskly entertaining without being cheap, simplistic or contrived. (May) Forecast: This is not the first novel to center around Tiananmen, but it may be the best. Sales will probably be driven as much by word of mouth as by reviews""it has the makings of a bookseller favorite; 6-city tour. Fiction Notes May Publications Chicago priest Michael Enright debuts with Daisies in the Junkyard, a powerful and simply told story of two Latin American boys and their families trying to survive in South Chicago. Tony and Carlos are high school seniors who want nothing to do with the Knights or the Devils, rival gangs that plague their neighborhood. But they are given little choice when Carlos is injured in a drive-by shooting and his younger brother is murdered. Enright ably captures the experiences of the boys as they dodge bullets and dabble in spirituality as a means of survival in the direst of circumstances. National advertising. (Forge, $23.95 240p ISBN 0-765-30144-X) Nine linked stories revolve around a beleaguered Maine paper-mill town in Ernie's Ark. Ernie Whitten is laid off three weeks before his retirement and constructs an ark in his backyard as a tribute to his dying wife, Marie. The CEO of the company that owns the mill takes a road trip with his estranged daughter and the results are both hilarious and harrowing. Monica Wood (My Only Story) does a remarkable job of illuminating the characters' inner lives""from disgruntled union workers to a flower store owner in a troubled marriage""skillfully layering their brief but complex stories with humor, empathy and melancholy. (Chronicle, $22.95 192p ISBN 0-8118-3461-1) Brenda Jackson (One Special Moment) thrusts two women together during a 10-year high school reunion cruise in Perfect Timing. Maxine and Mya were best friends, but have drifted apart. Maxine's fiancE died just before their wedding and now she is facing having a hysterectomy; Mya is married to Garrett, a handsome football star. The women quickly patch up an old misunderstanding and commiserate over various on-board distractions including studly Christopher, with whom Maxine has to share a cabin, and Mya's growing insecurity about Garrett's fidelity back on land. The lackluster plot is all but buried under tedious exposition, monotonous sex scenes and laughably wooden dialogue. (Dafina, $24 04p ISBN 1-57566-921-8) Mystery
close
Details