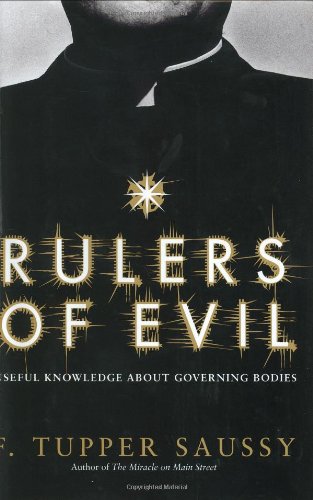 Saussy, a Grammy-nominated songwriter and author () turned conspiracy theorist, makes a case here that will strike most readers as awash in bigotry (of the anti-Catholic variety): "[T]he papacy really does run United States foreign policy, and always has." To prove that, for example, the pope controls Washington, Saussy offers "evidence" such as the number of Catholic senators and other high government officials or that "the land known today as the District of Columbia bore the name 'Rome' in 1663 property records." Further, he argues that the Jesuits "have imbued western culture with a purely Catholic political theory"—the theory underlying the American Revolution, which in turn was brought about by a Jesuit priest, Lorenzo Ricci (aka Laurence Richey), as part of a plan to make America safe for Roman Catholics. Catholics were oppressed in colonial times, Saussy notes, but Catholic immigrants flooded into the U.S. from Europe in the decades following the Revolution. This book has a blurb from fellow HarperCollins author and conspiracy theorist Jim Marrs, and the publisher, in a press release and apparently asleep at the wheel, calls it a "riveting, well-researched and well-documented account of one man's discovery of the true driving forces behind our nation's history." But most will see it for what it really is—an anti-Catholic version of