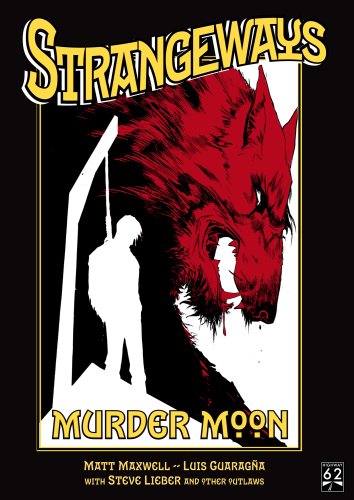 Seth Collins, a bitter Civil War veteran, is drawn to the small Western town of Silver Branch by a letter from his estranged sister. But as his coach approaches the town, it is attacked by a giant wolf that slaughters the other passengers, leaving only him and the driver, Webster, alive. When they reach the town, they learn that this is not the first time the mysterious wolf has struck. With the town on the verge of a panic or a riot, the sheriff is intent on maintaining peace, regardless of the price, and Webster, who has been acting strangely since he was bitten by the wolf, is the perfect scapegoat. This fusion of the classic werewolf story with the Old West injects what could be a played-out tale with novel texture. The stark black and white art accentuates the horror of the story, especially in the fierce, brutal drawings of the attacks. The deep shadows that saturate the story, however, make it sometimes difficult to tell one character from another. Though the plot turns are all predictable, the backdrop of a West still scarred by war and the gritty art makes this a thrilling addition to the werewolf genre.