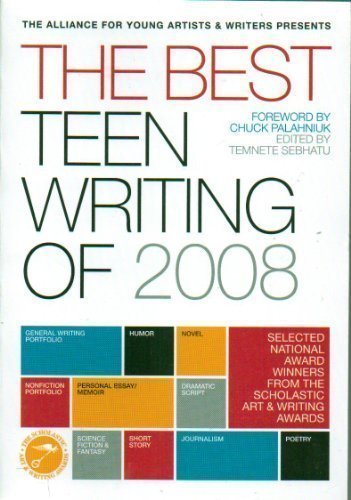 Entries from 41 of the nearly 400 winners of the 2008 national Scholastic Writing Awards, open to students aged 12 to 18, fill this anthology, impressive for its range and of special interest to other teens who like to write. Genres cover poetry, short story, essays and science fiction; all contain gems, particularly the poems, with a 13-year-old New York City student contributing an especially memorable selection. A 16-year-old girl visits her grandmother, diagnosed with Alzheimer's, in Beijing, relearning Chinese customs and measuring them with the Western literature she has been studying. In a 12-year-old's story, a soccer mom has Cookie Monster fired from when she finds him responsible for her son's obesity. Sebhatu won a Scholastic award in 2007; previous recipients include Bernard Malamud, Truman Capote, Sylvia Plath and Sue Miller. Ages 12–up.