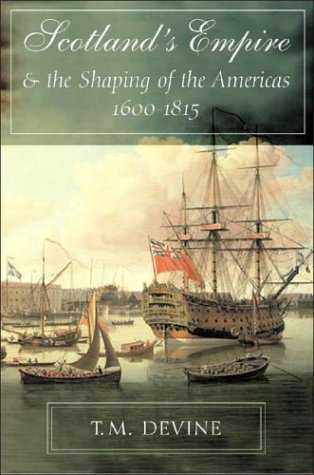 Eminent historian Devine follows up his acclaimed with a masterful study of the role of Scotland in the making of the British Empire and the development of colonial America, and empire's impact on Scotland. Drawing on extensive and never-before available archival materials, he chronicles the Scots' contributions to the empire with their business savvy, their philosophical traditions and their political strengths. The Scots, for example, were among the first to realize the tremendous value of tobacco as an import crop, so began to regulate its growth in the colonies and administer its sales in the empire. Devine documents the emigration and successful establishment of Scots throughout Europe, a pattern they continued as they began their assimilation into the British Empire. In the colonies, their experience as bankers, traders and administrators stood them in good stead as they developed centers of commerce in South Carolina and eventually in Nova Scotia, Canada. Devine also points out the debt that Jefferson, Franklin, Madison and other founders felt to Scottish commonsense philosophers such as Francis Hutcheson, David Hume and Thomas Reid, whose "common philosophy" stood behind the Declaration of Independence's "self-evident truths." Devine's magisterial study places the history of Scotland in global perspective, emphasizing in thoroughly captivating prose the Scots' contributions. Maps.