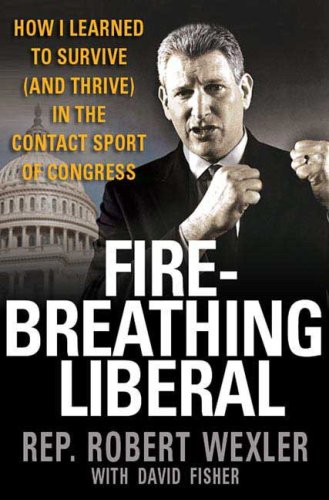 Fire-Breathing Liberal: How I Learned to Survive (and Thrive) in the Contact Sport of Congress

Wexler, a six-term Democratic congressman, opens his memoir–cum–civics lesson by saying, “I want to proclaim on every page of this book that I am a liberal Democrat and proud of it.” Fortunately for the reader, he is able to weave his proclamations into entertaining vignettes from the campaign trail to the halls of Congress in blow-by-blows of his involvement in defining moments of recent history: defending President Clinton from impeachment and challenging the v. decision. There is a fair amount of stumping in the book as the congressman lauds his district, defends his actions and criticizes his foes. But he shines when describing the absurdities of his political career, particularly the pitfalls of his early campaigns—a manager with a weak bladder and running over a dog in his Wexler-emblazoned campaign car—and his controversial appearance on the . While the prose is occasionally clunky, it does not detract from the pleasures of this fascinating and humorous insider account of the House of Representatives.