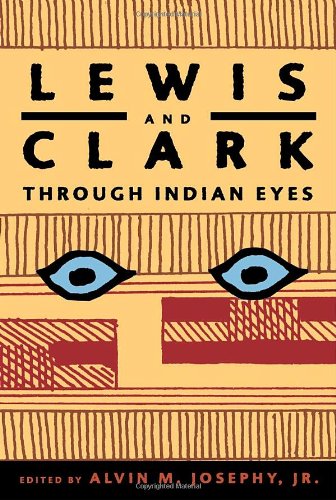 Lewis and Clark Through Indian Eyes

From perspectives as diverse as the tribes whose lands Meriwether Lewis and William Clark traversed, these nine essays offer an other-side-of-the-coin view of that historic 1803 mission. "What impact, good or bad, immediate or long-range, did the Indians experience from the Lewis and Clark expedition?" editors Josephy and Jaffe asked their contributors. The answers, fragmented and sometimes luminous, provide a kaleidoscopic vision of Native American opinions about the trip. Vine Deloria Jr., a member of the Standing Rock Sioux tribe in North Dakota, argues that "we often tend to clothe the accounts of Lewis and Clark in more heroic terms than they deserve." Pulitzer Prize–winning Kiowa N. Scott Momaday ( ) provides a creative evocation of historic "voices of encounter" which includes a section in the voice of Sacagawea. More prosaically, Bill Yellowtail, a Crow, sees Lewis and Clark as "envoys for free-trade agreements, long prior to NAFTA and CAFTA and the WTO." Several authors recall how the lore and history of Lewis and Clark were transmitted to them by older relatives. A popular historian and a respected scholar of Indian affairs, Josephy died in October 2005.