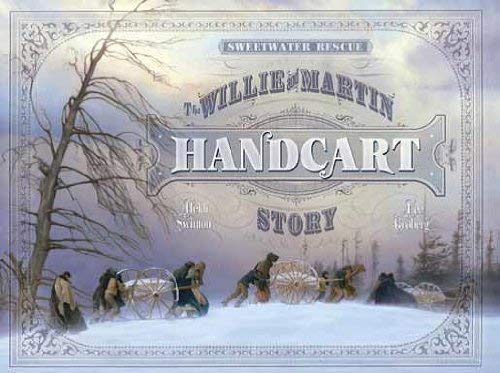 While the story of the Mormon trek from Illinois to Salt Lake City in the late 1840s is well-known, most people today are unfamiliar with two ill-fated 1856 journeys by Mormon immigrants from Europe. In this coffee-table book, screenwriter Swinton and documentary filmmaker Groberg combine early photographs and contemporary art with a compelling narrative, including diary entries from eyewitnesses. Brigham Young, then president of the LDS Church, had first envisioned immigrants traveling the many overland miles while pulling handcarts behind them, containing the few valuables and provisions they would be allowed to take. But two of these companies, one led by James Willie, the other by Edward Martin, encountered great obstacles and tragedy because they got a very late start from Iowa City in the year. Bitterly cold weather was their greatest enemy. Nearly 200 immigrants died along the way, with others facing hunger and loss of limbs. Swinton and Groberg bring readers into the experience through the eyes of those who survived, bringing to life an amazing episode in the Mormon story. Written at a popular level and embellished with helpful maps and biographies of the major characters, this book will be of interest to students of religious and American history alike.