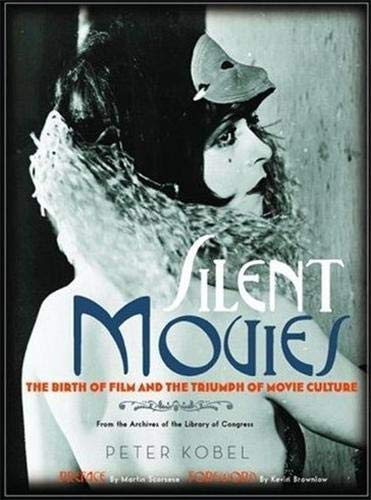 Silent Movies: The Birth of Film and the Triumph of Movie Culture

For decades, silent films have been disintegrating in warehouses or lost to indifference. Director Martin Scorsese, who wrote the foreword to this book, has spearheaded the preservation movement, warning “with every foot of film that is lost, we lose a link to our culture.” Kobel, longtime writer about movies, demonstrates the power of silent movies in this spectacular compilation of stills, promo materials and breathtaking posters from the Library of Congress's memorabilia collection. The visual artistry is stunning. Kobel uses these evocative images as a foundation to examine the international film industry from 1893 to 1927. Instead of a chronological treatment, he examines genres such as horror, westerns and comedy, while paying homage to the superb work of art directors, cinematographers and directors. Understandably, a significant section is devoted to actors. As Norma Desmond neatly observes in , “We had faces then.” Although early producers were loath to highlight specific actors, fearing their popularity would translate into higher salaries, fans were hungry for information about them. In this treasure trove for film buffs, Kobel details the press campaigns that created stars like Theda Bara and Rudolph Valentino, while fan magazines and newspapers deemed them American royalty.