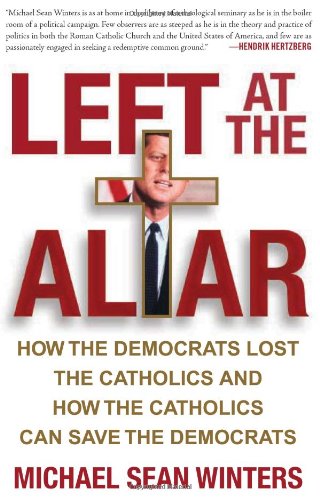 Winters's provocative foray into the Democratic Party's estrangement from Catholics—their erstwhile stable constituency—contends that Democrats made a fatal mistake by embracing the New Left in the late 1960s and 1970s, prioritizing abortion and gay rights at the expense of their religious supporters. In painstaking detail, the book shows how the party methodically alienated Catholic voters, from v. to their opposition to the religious right's moralistic vision for America. It's not a new thesis, but Winters is sympathetic to his subject and has a sincere understanding of Catholic voters' priorities. He delves into the forgotten history of Catholic liberalism, and his portrayal of Franklin Roosevelt's wooing of religious voters to broaden his coalition is particularly insightful. Not everyone will be convinced by his prescriptions for the Democrats, which involve abandoning their cherished prochoice ideas and injecting more religious themes into rhetoric, but the book is well written and contains an understanding of contemporary electoral politics that even its detractors will have to reckon with.